Oktoberfest is the largest folk festival in the world, i.e. the largest Volksfest, a festival which focuses on beer, sometimes on wine, and usually has an accompanying entertainment programme, such as a funfair and fun for adult visitors. It is held every year in early autumn in Munich, when the city is visited by more than seven million people.

What is celebrated at Oktoberfest?

Oktoberfest is not only a beer festival, at least it was not started with this intention. Prince Ludwig married princess Therese on 12 October 1810. He invited the citizens of Munich to attend the celebrations held on the fields in front of the city gate in honour of the happy royal event. The celebrations lasted until 17 October, finishing with an exciting horse race.

Since then, these fields have been called Theresienwiese (Therese’s Meadow).

The horse race was held again the next year, and in 1819 the organisation of Oktoberfest was taken over by the citizens of Munich. The beer stands were replaced with the first tents in 1896. The horse races were cancelled in 1960, and in the 1970’s Oktoberfest became an internationally recognised festival. 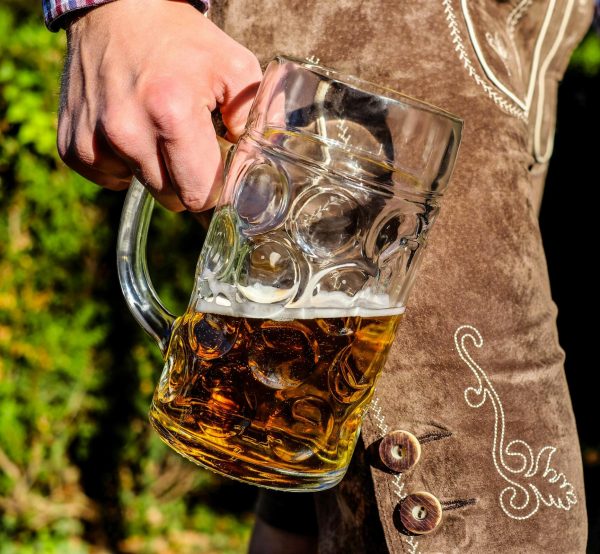 Wiesn is the local name for Oktoberfest; the name is derived from the name of its location – Theresienwiese.

How many people visit Oktoberfest?

Every year, an increasing number of beer lovers celebrate Oktoberfest, and these numbers reach about seven million people, who drink seven million litres of beer during the approximately 16 days of the festival’s duration.

In what part of the city is Oktoberfest held?

Oktoberfest is held in the Theresienwiese neighbourhood. It is less than a 30-minute walk from the main Marienplatz square, or about 10 minutes if you take the underground.

How can visitors arrive to Oktoberfest?

The most comfortable way to get to Munich is with the Nomago InterCity bus. It stops at Munich bus station, which is less than a kilometer away from Theresienwiese where Oktoberfest takes place.

If you’re coming from the airport, you can get to Oktoberfest by car, taxi, or public transport. Uber is also available in Munich.

How much does an Oktoberfest ticket cost?

Admission to all tents is free.

There are 14 large and 21 small tents at Oktoberfest. Admission to all tents is free and reservations are not required.

The reservation is at no extra cost, but the food and drink coupons must be purchased in advance. You can find all of the necessary information at the Oktoberfest official website.

How much does beer at Oktoberfest cost?

Alcohol can be purchased outside of the tents (but not beer); one drink costs about EUR 8.00.

What is the name for the women’s clothing at Oktoberfest?

The traditional women’s costume worn at Oktoberfest is called dirndl.

Dirndl is a tight Bavarian dress, with a blouse worn underneath and an apron over it. 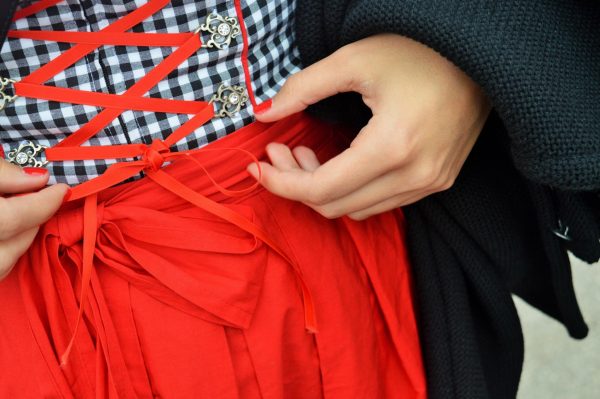 What do I do if I lose something at Oktoberfest?

You won’t be the first. Every year, approximately 4000 items are lost. If you lose something, it’s best to show up the next day at the Lost&Found office at the service centre behind the Schottenhamel tent (‘Festleitung’ entrance, and then to the basement).

Pets are not allowed at Oktoberfest.

For security reasons, backpacks or large bags are not allowed at Oktoberfest.

Only bags and backpacks with a maximum volume of 3 litres and maximum dimensions of 20 cm x 15 cm x 10 cm are permitted.

Children younger than six are not allowed to be in the tents past 8 p.m., even if accompanied by their parents. The crowds and noise in the tents are not appealing to children anyway.

Since 2010, smoking has been banned in all bars, pubs, and restaurants in Bavaria, including in the beer tents at Oktoberfest.

Previous story
Next story
A weekend in Budapest: Ruin pubs are the best option for a night out
Top Affordable Restaurants in Vienna
1

A Checklist for Every Sight You Have to See in Budapest

One of the most beautiful cities of Europe must be Budapest – you could truly explore it for weeks and never get bored. ...
Pročitaj više